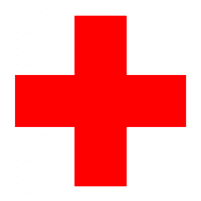 Sinus infections affect close to 30 million Americans every year. If you live in Novi, Michigan and are experiencing sinus infection symptoms, Ahmad Alabbas, MD at All Patients Urgent Care can help you find effective solutions and the treatment you need. If you’re interested in finding out what comprehensive and effective medical care looks like, book an appointment with Dr. Alabbas today by phone or online.

What is a sinus infection?

Otherwise called sinusitis, a sinus infection refers to an inflammation in the lining of your sinuses, which are air-filled cavities located behind your forehead and cheekbones. Properly functioning sinuses produce essential mucus that drains into your nose. With sinusitis, the channels through which the mucus is supposed to pass are blocked because of inflammation.

What are the different types of sinusitis?

There are four main types of sinusitis:

Viral sinusitis often exhibits symptoms similar to those of a cold, including a runny nose, sneezing, congestion, coughing, and a sore throat. If you’re suffering from viral sinusitis, you’ll notice that the mucus that makes its way through the nose is clear.

Bacterial sinusitis generally requires antibiotic treatment, as it involves the swelling of your nasal passages. With bacterial sinusitis, your mucus is thick, yellow, or green, and you’ll feel it drip down the back of your throat. In some cases, you’ll also feel pressure and pain in your face. With proper treatment, you should be able to get rid of your sinusitis within two weeks.

If you’re having an allergic reaction to something you’ve ingested or a trigger in your vicinity, you might suffer from allergic sinusitis. Symptoms of allergic sinusitis are often seasonal or they can last year-round. Dr. Alabbas recommends allergy treatment to alleviate your symptoms.

How do you treat sinusitis?

Dr. Alabbas recommends various kinds of treatments for sinusitis depending on the type of sinusitis you’re suffering from. The best form of initial treatment is a nasal decongestant spray to relieve your symptoms temporarily, though Dr. Alabbas doesn’t recommend using nasal sprays for more than three consecutive days. If you do so, you run the risk of exaggerating your symptoms.

If your sinusitis is more severe, Dr. Alabbas prescribes steroidal nasal sprays, which don’t have a usage limit. He tells when you should stop using them. In some cases, Dr. Alabbas can give you some antihistamines to reduce the inflammation in your sinus lining. Some of these include Sudafed®, Zyrtec®, Allegra®, and Claritin®.

Don’t let your sinus symptoms worsen. Using his expert knowledge of best treatment practices, Dr. Alabbas can reduce the inflammation in your sinuses and get you back to breathing normally. Get in touch with All Patients Urgent Care today by phone or online to book a sinusitis consultation.